Study results show decreases in patient readmissions and emergency visits through physician practice integration of HIE
January 2020 – HEALTHeLINK, in cooperation with a researcher at University of Connecticut and Brookings Institution’s Center for Technology Innovation, conducted a study to examine whether integration of health information exchange (HIE) services into medical practices’ workflow would have an impact on emergency department (ED) visits and unplanned 30-day readmission amongst patients who were treated at the practice. The study results were published in the January 2020 Information Systems Frontiers.

Prior to the start of the pilot study, HEALTHeLINK first shadowed several practices to observe current workflows and gain insight into how they were currently gathering clinical information and potential ways HIE utilization, especially notifications, could save time in obtaining relevant patient records and test results. This resulted in the development and implementation of a training program at the pilot practices. When practices were trained on how to efficiently utilize and integrate the HIE into their daily workflow, the pilot concluded that the rate of unplanned hospital readmissions was reduced 10.2% and the rate of ED visits was reduced 13.3%. In addition, participating study practices saved up to seven hours a week in chart preparation and pre-visit planning and experienced a reduction of up to 40 minutes in patient cycle time when utilizing HIE. As a result of this study, HEALTHeLINK developed a practice workflow toolkit to assist practices with increased integration of HIE into their office workflow.

Study quantifies benefits for Erie County Department of Health when using HEALTHeLINK for STI reporting and treatment
October 2017 – By leveraging HEALTHeLINK, the Erie County Department of Health (ECDOH) noticed significant improvements in being able to more accurately and efficiently improve its sexually transmitted infections (STI) case reporting, treatment, contact tracing, and prevention. With HEALTHeLINK, ECDOH was able to significantly increase both reported chlamydia and gonorrhea treatment rates to more than 90% in 2013, only one year after routine HEALTHeLINK utilization.

Compiled in cooperation with RTI International, the study also highlights the time savings associated with HEALTHeLINK usage. ECDOH was able to expand its area of disease investigation without any increase in work hours or budget, and expand disease control and partner services to additional residents who may have been missed prior to HEALTHeLINK use.

In addition to STIs, ECDOH also uses HEALTHeLINK to investigate cases of hepatitis B, tuberculosis and potential rabies exposures as well as using clinical data to measure overall population health and target disease areas that may need further education or access to treatment.

Brookings Institution study of HIE use in emergency department reveals significant reduction in laboratory tests and radiology exams
May 2015 – Researchers at the Brookings Institution in cooperation with HEALTHeLINK, conducted a pilot study to examine the impact of the use of health information exchange (HIE) technology on reducing laboratory tests and radiology examinations in emergency departments (EDs) at three area hospitals. The results of the pilot, which were recently published in the Journal of the American Medical Informatics Association and the Center for Technology Innovation at Brookings, show a significant reduction in the duplication of tests. According to study results, querying HEALTHeLINK’s HIE in the ED setting resulted in a reduction in ordering of laboratory tests and radiology exams.

Study of duplicate CT scans show promise of health information exchange
February 2014 – HEALTHeLINK recently conducted an analysis of the number of multiple computed tomography (CT) scans ordered for the same patient and on the same body part within six months utilizing clinical data available within its HIE.  Some of HEALTHeLINK’S key findings include: 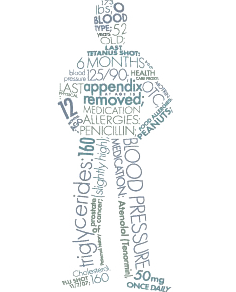